Traditional pathways to control infections are based on antibiotics and vaccines. SIDANIS focuses on a novel third way of infection control - the development of immunostimulators to prevent or treat infectious diseases.

The recent works at SIDANIS and its cooperation partners provided solid evidence that the immune system of mammals can be activated selectively to ward off bacterial, fungal or viral infections by administration of so-called glycoconjugate immunostimulators (GCI).

GCI are derived from natural glycoconjugates which represent essential components of mammalian cell surfaces and play important roles in cellular recognition and signaling processes. Our development candidates have pronounced immunostimulatory profiles. They have proven their anti-infective efficacy and safety in various in-vivo studies with a variety of pathogens. GCI have no direct antimicrobial activity but rather act on cells of the immune system. Since GCI thereby do not exert a selection pressure on microorganisms (as antimicrobials do), the development of microbial resistance is unlikely.

A single injection of a GCI induces a significant immune protection in mice infection models with lethal pathogens. The infection defense by GCI is directed against a multitude of microorganisms, comprising Gram-positive or Gram-negative, extracellular of intracellular bacteria as well as fungi. GCI thereby outbalance the possibilities of antimicrobial therapies of most antibiotics.

In a clinical pilot study the efficacy of SDN-1001 was also demonstrated in farm animals. After a single injection of the drug the course of a severe respiratory tract infection was significantly mitigated and clinical symptoms were reduced. Systemic or local intolerance to the injection of SDN-1001 was not observed.

In contrast to the above mentioned compounds, the GCI SDN-1014 represents the lead structure of a promising antiviral immunostimulator and will be investigated as a host defense modifier against viral infections like hepatitis or birds flu.

Adjuvants are essential components of modern vaccines and are used to reinforce immune reactions in vaccinations. Despite many decades of development, only a few types of adjuvants are currently included in vaccines that are approved for use in humans.

Sidanis strives to develop the potential of GCI as a supplement or alternative to current antimicrobial therapies for use in human and animal health.

An immunostimulation by GCI for infection control could be a key aspect for patients with weakened immune systems, like those under chemotherapy, prior to major surgical procedures or in intensive care units. They are particularly susceptible to bacterial and fungal infections. Infections in immunocompromised patients are still one of the major therapeutic challenges.

GCI can also be of high interest as adjunctive therapy in non-neutropenic patients. These risk groups include children under one year, elderly people and people with AIDS.

New therapies against further microbial infections could become realistic if the anti-infective potential of GCI and their tolerability were investigated in more detail in further experimental and clinical studies.

The prevention and treatment of infectious diseases are also primary concerns in animal husbandry. The increase of the defense mechanisms against infections by immunostimulators is a promising project in animal medicine to improve animal welfare, to reduce the use of antibiotics in livestock as well as to reduce increased treatment costs and economic losses.

Animal newborns are immunologically "virgin". A totally effective immune defense requires 2 to 3 weeks to develop. This lower functional immune status during the neonatal period is the reason for neonates' susceptibility to infectious diseases, especially intestinal infections.

Many diseases of domestic food animals are known to involve an interaction of host exposure to stressful stimuli like early weaning, cold, transport or regrouping. These factors diminish the activity of the immune system, making the animals more susceptible to infections.

Immunosuppression of the host is also a frequent consequence of viral infections. Thus, following an initial viral infection in the lung, pathogenic bacteria proliferate and elicit superinfections which cause severe pneumonia and death in cattle and pigs, respectively.

We will develop the potential of GCI in veterinary medicine in close cooperation with animal health departments of universities. 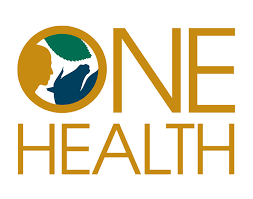 The One Health Initiative

Many examples have shown that the health of people is connected to the health of animals and the environment. Humans and animals share many diseases: 6 out of 10 infectious diseases in humans are spread from animals.

The One Health Initiative will unite human and veterinary medicine. It aims to develop, sustain, and nurture healthy bonds between animals and people. Many professionals, organizations and companies, including pharmaceutical companies, are contributing to these global goals.